weird how 'manifesto del futurismo', which would just be 'manifesto of futurism', is so frequently mistranslated as 'futuristic manifesto', i thought as i read your post. but probably it was just mistranslated once and then that mistranslation was reproduced over and over. but checking in the dictionary i do find that 'futuristic' was sometime used in connection with futurism but it's 'dated' the dictionary says. so there goes my idea of writing to you suggesting 'futuristic manifesto' be changed to 'futurist manifesto'. it was certainly always referred to as the latter in my spectacularly unsuccessful fine arts teaching career and anyone who referred to it as 'futuristic' would be have been mercilessly teased — unjustly, as i now discover.

in other news, in case you missed it in the guardian, for some reason (perhaps because of your interest in the circus) i thought that you would enjoy these pictures taken in 1988 and 1992 by a bloke called clayton anderson (from his book kicking sawdust: running away with the circus and carnival)

in particular i was taken by this one of the human torch. 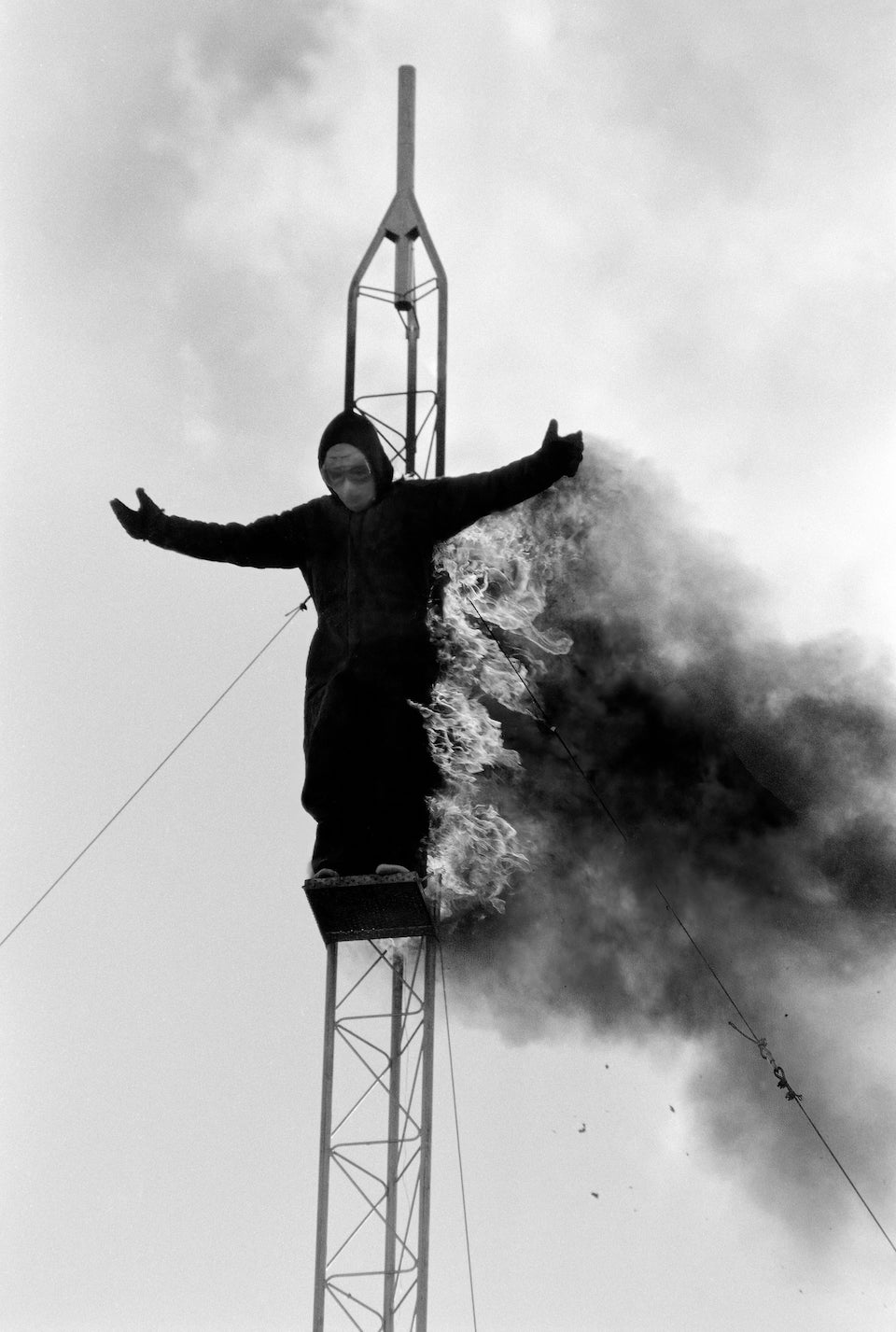