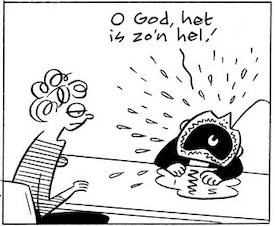 but the final frame by itself is worth seeing.

Valeria Luiselli’s second novel, The Story of My Teeth, is the tale of a guy named Gustavo (Highway) Sánchez Sánchez, who auctions off his old teeth, claiming they are from the mouths of Plato, Montaigne, Virginia Woolf and Borges, among others. Then he takes his profits and buys a set of teeth that supposedly belonged to Marilyn Monroe, implanting them in his own mouth. After that, things go well for a while until Highway’s son, Siddhartha, knocks him out and steals Monroe’s teeth, leaving his dad chopperless.

this is the last day of my so-called holiday, alone, in the house that was once half mine — or to be more accurate, i used to owe half of what the house is worth to the bank. i wonder what makes owing a vast sum to the bank and working really hard to earn the money for the repayments each month such a popular pastime.

this is the second biggest furphy that has ever been sold to humankind : that being in debt is desirable.

life is too short to drink bad wine but unfortunately also not long enough to drink all the good wine (in moderation of course) but yesterday brought a beauty, courtesy of new friends in rotterdam, a complex italian wine from puglia made with four different kinds of grapes 30% primitivo 30% negroamaro 20% nero di troia and 20% merlot. it's made by a method called appassimento where the grapes are plucked (not picked) by hand at the last possible moment. the grapes are then stored in a 'frutaiou', a special kind of drying loft with openings in the sides so the wind can easily blow through.

i can't remember why i didn't like melancholia the first time...

individualism is a disease, like a cancer or a virus. but where and how does it originate historically?

did it begin in the garden of eden? is socrates to blame? or descartes?

i've given up football but i remember this game and so does wayne campbell :

Leading into the round 10 game of 2010 in Dimma's first season as coach, we were 0 and 9, Tucky had been out of the centre square to allow the likes of Trent Cotchin and Dustin Martin to learn their craft. He'd been playing as a forward but when we got to the ground to find it under water, and rain still bucketing down, Dimma grabbed his number 21 magnet and put it to the centre square. Tucky had 31 possessions and a club-record 14 tackles to get us our first win for the year.

just in case you're not from around here, i am speaking to you from the earth, which is in what is called the solar system here. i know, right! but this is the one. and it's in the milky way galaxy.

hmm milky way... i don't know. when i was a kid it was very much a minor bar, you know. it was the kind of thing people would have in the cupboard in case a child was visiting. and you would receive the gift without much enthusiasm — but it was better than nothing.

the milky way is part of a small cluster of galaxies, not very imaginatively named 'the local group'. you mightn't have heard of it. but it's just on the edge of the virgo cluster, a conglomeration of several thousand galaxies.

damned virgo's! ← this is not a typo. this is going dutch with apostrophes. i kind of like it.

in 2014, dr. r. brent tully of the university of hawaii suggested that these features are all connected as part of a giant conglomeration he called laniakea — hawaiian for “open skies” or “immense heaven.” it consists of 100,000 galaxies spread across 500 million light-years.

thank you. i am embiggened by being part of a giant conglomeration.

Sid Vicious inspects Tina Weymouth’s bleeding hands after a Talking Heads gig: “But Tina, have you ever tried using a plectrum?”

When I wake early I say to myself Fight, fight. If I could catch the feeling, I would; the feeling of the singing of the real world, as one is driven by loneliness and silence from the habitable world … Anything is possible.” 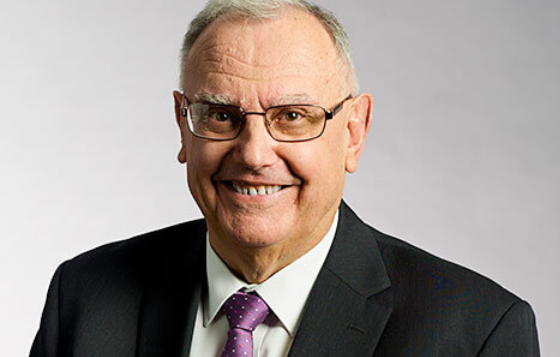 “we just wanted to reassure you that we're right behind you...” oh yeah? phew! here, take all my money...

George : It was the same look that my father had when I told him I wanted to be a ventriloquist. 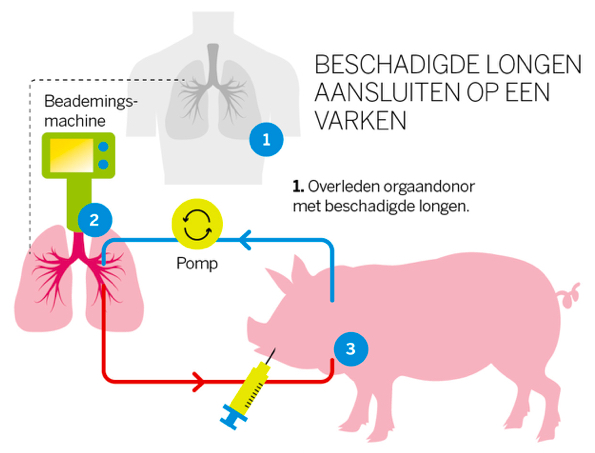 According to Oxfam, by the end of the year around 12,000 people a day will be dying from hunger. (At its height, in April, the pandemic was killing 10,000 a day.) Meanwhile, here's a new way of using the lungs of a donor when they are not in great shape (the lungs not the donor who clearly isn't in very good shape at all). you connect them to an anaesthetised pig and the pig's body repairs the lungs so they can be used in a human. link (in dutch)

still thinking about why i wanted to put those two things together.

i have a sort of love/hate relationship with nick cave, which is perfect really. i love the idea of an 'idiot prayer' which is the title of a video of him playing solo-piano pieces at alexandra palace, a london venue that opened in 1875, recorded in june. i hate the idea of paying USD 20 to watch this video as 'a livestream event'❊ on my laptop but if you love him as much as the world seems to, you might not.

❊ i am not sure what makes this 'an event' exactly, me in my room with my laptop and a bunch of other schmoopers in their rooms with their laptops, each one of them USD 20 poorer? ah well ... at least you wouldn't have to listen to people talking during the quiet bits.

i've been more or less cured of my interest in football from either hemisphere, and possibly tennis as well. thanks to the pandemic i've realised how completely pointless and corrupt football is. on the other hand when you see an obituary written by jaap stam (!?) of a legend like wim suurbier who was mensch first and footballer second (and who is quoted as saying cruijff was more important as a human than as a footballer), you have to click on it, right? ok well maybe you don't :) but it seems i do ... and there are some serious riches there (in Dutch).

even the clouds are strange, my mother says. look!

You have to tell your story, and you have to forget your story. You forget and forgive. It liberates you. —Louise Bourgeois

we are the bumblebees that lie lazily on the ragged purple flowers of knapweeds.
[apologies to derwent may]

ah my old alma mater. from the australian abc website :

Mahsheed Ansari, a lecturer in Islamic Studies at Charles Sturt University, says it's understandable that people have used their religious beliefs to help them cope with mental hardships during the pandemic.

There's a predeterminism in the Islamic tradition, which is also part of the Judeo-Christian and Abrahamic faiths,” she explains. It's this view that God is actively involved with our personal life — with our global socio-political life — so that gives us a bit of psychological relief knowing that ultimately things are running through their course.

good to know that god is also actively involved with 'our global socio-political life' — whatever that is and whoever the fuck 'we' are. but i guess the lord knows and that's what matters.

and : “...researchers found that Google searches for “prayer” had also surged...”

dear lord give me the strength to endure another day of an unending stream of complete and utter bullshit coming at me from all directions.

people who believe in the importance of not allowing themselves to be fooled by others (to the point where they're convinced others are trying to fool them even though no one is) when what matters is that you don't fool yourself and give others the benefit of the doubt.

humanity as a species, is not asleep, does not need awakening, but suffers from a collective psychosis which is now becoming more apparent than ever.

devastated (again) by the utter sadness and weirdness of charlie kaufman's film, synecdoche new york — or should that be philip seymour hoffman's synecdoche new york? saw it ten years ago in the cinema and it took that long to work up the gumption to see it again. seeing it on a HD TV (with subtitles on because the delivery of some of the lines is not always as my ears would prefer it) has advantages and disadvantages as well as things which may be considered either an advantage or a disadvantage — or both, such as not emerging from the cinema into the light like a disoriented disintegrating ghost, no longer knowing what is real and what is not and who you are and who are you? and who are all these people and what are they doing? where are they all going?

if you have to make a reservation for a church service isn't the ringing of the bells somewhat superfluous?

apologies for this poor translation :

from the review of knecht, aleen by gerbrand bakker de volkskrant 4-7-20

after reading this piece on charlie kaufman, rewatched synecdoche new york. it's even better than i remembered from when i saw it in the cinema ten? twelve! years ago. an unconventional horror film about mortality and life's brevity and unrequited love and lacking the capacity to love or to be for someone who loves you what they want and need you to be — and the impossibility of art.

the careful reader may notice that i am experimenting with an anti-academic post-scholarly way of writing about ideas without calling it 'philosophy' and without using the names of philosophers.

my hypothesis is that the use of names is alienating. if i say 'kierkegaard' or 'heidegger' i am assuming that means something to you, dear reader — and by implication, if those names do not mean anything you, i am saying : you are an uneducated oaf. so instead of 'kierkegaard', i might write : 'an old danish philosopher'. if the reader wants to follow up on this, typing 'old danish philosopher' into a search engine will instantly find søren kierkegaard's wikipedia page.

one of the givens❊ yesterday was a diary fragment about suffering from an old danish philosopher written in the year of his death (1855) in the newspaper. he says something remarkable :

A human being must be so tormented that they would not hesitate for a moment to commit suicide. In this situation they must – live.

in other words, you have to live despite the fact that you're suffering and it is so unbearable that you want to kill yourself. but of course this is for those who want to connect to god. if you're an atheist you would just kill yourself — in the humanest possible way and without leaving a mess.

oh, where did all the other stuff that was here go? well, some of it went here and the rest of it disappeared forever into another digital dimension ... but perhaps it will reappear in the book.